With over 20 years in the biz, MAX Agency has secured thousands of high-profile auditions and bookings for our Talent across the country. Here are some of our exciting booking highlights of the week:

To book any of our gorgeous MAX Agency Talent, please call us at 416-482-5392 or email inquiries at info@maxagency.com

Today’s Talent Spotlight is for Cole H. He has joined Max Agency’s kids roster recently this year,  and has already been booked for a photoshoot!

At only 7, he has already helped his parents realize that he does not see the world in terms of gender and will not be bound by traditional stereotypes.

With amazing parents by his side, he is exploring who he is, while doing what he loves- acting and being a little fashionista!

Cole has started his modeling and acting career at age 5. His parents thought it would be fun to take him to an open audition to see if the professionals would agree he had the smile of a mega supermodel. They were surprised that at 4 years old, he was one of 20 (and the youngest) out of 500 people to be selected to participate in an acting workshop which ultimately led to him being signed.

While he is more interested in acting, he enjoys posing for a camera and has perfected his blue steel look. When asked by his 5-year-old sister, Misty, ” Cole, why do you like acting? Why did you start? Tell me your thoughts.”, Cole’s response was “I just think it would be pretty cool to see myself in a movie someday. I just like acting…and fashion.”

Cole has a distinct fashion sense. Early on it was mostly dresses, pony tails, eye makeup and he was all about pink. He used to tell his parents that he wanted to be a girl and their response was that he could be whoever he wanted to be. Now older, he doesn’t wear his dresses as much, but he wears the brightest hues possible and still enjoys a good ponytail and the occasional dress.

Cole’s mother, Tracey, shares, “We used to wonder if Cole was transgender but we’ve come to realize he just simply doesn’t see the world in terms of gender and he won’t be bound by traditional stereotypes. Cole asked me once to explain LGBTQIA to him after some PRIDE month activities at school. So I did. And then I asked him what he believes he is. Cole confidently responded ‘I am two-spirited, non-binary.’ Our family has native heritage and we describe two-spirited as having both a masculine and feminine spirit. I think he described himself beautifully.”

Being a fashionista, Cole’s next question was “what clothes do two-spirited, non-binary people wear?”. To which his mom responded that what one wears on the outside does not always reveal who they are on the inside. He seemed a bit disappointed, but accepted that answer. “We encourage Cole to be Cole. Whatever that looks like for him.”

Max: What advice do you have for other parents who want to create a safe space for their kids?

Tracey: ” As a parent, your natural instinct is to shelter your child from the ‘hard’ stuff. Being different from the pack can be especially ‘hard’ on a kid. Imagine trying to love yourself if there’s no one at home who truly embraces all of you. Embrace the ‘weird’, encourage self-expression, celebrate the individuality no matter how that looks.”

Other kids don’t always get Cole’s individuality, so Cole can be shy at times. Acting has encouraged self-expression and instills a sense of pride in him that his parents want to hold on to. Acting allows him to explore characters outside of his own very colorful character. He takes his job as an actor very seriously. When asked what he wants to be when he grows up, his answer is actor/gymnast/figure skater/Mini Pop Kid/soccer player. Very ambitious!

Cole had a photoshoot with SpinMaster as a talent of Max Agency. His mother describes his experience:

“Cole loves being on set. Hair, wardrobe, ‘rolling…action’. Loves it all. The highlight for him was the client letting him and his on-set sister each take a game home with them. Oh, and the drone on set, that was super cool too. “

Cole has his heart set on being cast in a Netflix series, and he dreams of watching himself on the screen at the theatre one day.

It was a pleasure for us at Max to discover our talent Cole, we look forward to seeing what he will achieve in his acting and modeling career.

Max Agency has over 20 years of experience in kids modeling and kids acting in Toronto.

Do you want to be an actor or a model? Join the top Toronto talent agency! Apply now to be discovered!

“I wanted to get into acting and modelling because I think that’s it’s an opportunity to explore something new.”

MAX Agency would like to introduce a smart and beautiful addition to our roster: Adelaide H!

“I am a grade 8 student who has lived in Toronto since I was born. I wanted to get into acting and modelling because I think that’s it’s an opportunity to explore something new.

I love to do gymnastics and dance, I spend most of my week in the gym or the dance studio. I love to write short stories in English class, it’s by far my favourite class. I live to draw and paint in and outside of school.” 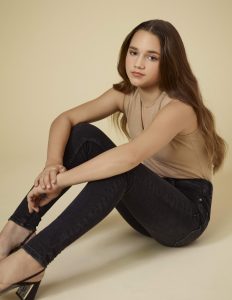 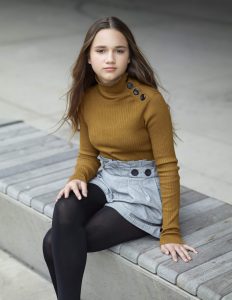 Welcome to MAX Agency, Addy! We can’t wait to see what you accomplish.

If you have an upcoming project that Adelaide would be a great fit for, contact us now to see if she’s available! http://maxagency.com/contact.php
MAX Agency is a successful Toronto talent agency representing men, women and children. Max Agency is involved in providing actors, models and entertainers for the film, television, fashion and advertising industries as well as appearance in trade shows, promotions and special events.