We have four fine men of MAX Agency Toronto auditioning for a huge project. Vol de Nuit is a short film supported by the Ontario Arts Council and the National Film Board of Canada. The film is about a young woman that learns of her father’s imminent death after a car accident back in her hometown. There is nothing left to do but wait. She’s too far away and its too late to say good-bye. But the situation around her spins wildly out of control when she acts out impulsively.

Not just MAX models, but Paul, Justin, Ravi and Henrijs can act! They will be auditioning for the role of Police Officers.  We think that they are irresistible as is, but there is something to be said about a man in Uniform. And we here at MAX Agency Toronto are hoping to see our men in uniform.

We are extremely excited about this project, and wishing Paul, Justin, Ravi and Henrijs the best of luck with the audition! 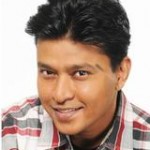