Our talent spotlight of the day is Toronto actor, and max talent, Kyle P.

Kyle, who is of Lithuanian and Scottish descent, is a Mixed Martial Artist and has been a Crossfit trainer for 5 years!

Kyle started doing Stand Up comedy and producing his own show “Quest for the Comedy Cup”, which was based on 2 teams of comedians trying to win the Comedy Cup via audience votes. During the pandemic, he did online shows for places like Scotland, England, Florida, Alabama, and even Flappers Comedy Club in Burbank.

Acting felt like a natural step into the entertainment field for Kyle. He applied to join Max Agency during the pandemic, and even though the process had to be lengthier due to the lockdowns, his onboarding was eventually done.

Kyle’s dream role is to be a superhero or even a supervillain.

“My size teamed with my fitness and MMA background would make this a perfect fit for me.  I would also like to work opposite Jason Momoa as a lot of people have told me that I look like him.”

In his spare time, he has been writing satire for bs-news.ca and has gotten a couple of his articles published.

Get on set,  through any means possible. Networking is the best way to get jobs in the industry.  So, even if it’s a lead role, P.A, or background performer, just get on set.

How has your experience been with MAX Agency?

“[My agent] made the onboarding pretty easy despite all the delays due to the ongoing pandemic and [my booking agent] has been great. I receive submission notifications pretty often and have had 5 auditions so far, 3 this week in fact. Haven’t made it to set yet but I’m expecting that to change shortly.”

To start your career in modeling and acting like Kyle, Apply to be discovered now!

Introducing MAX Talent, Nolan R. He is soon going into Grade 3 and has a Filipino/European background.


His hobbies are playing with his neighborhood friends, biking, swimming, playing Legos, and Minecraft.

Nolan is very outgoing! He loves acting and making his friends laugh. He is fond of being in front of the camera, which led him into acting and modeling.

His dream role is to play a young Keanu Reeves in a movie because everyone keeps telling him that he looks like a child Keanu Reeves! Nolan also wants to be in a Star Wars movie one day.

How has your experience been with Max Agency?

“Our experience with Max Agency has been terrific. We are always kept updated in a timely manner regarding any photoshoots or acting projects that Nolan has been submitted for. “

“Nolan has had so many good experiences in the projects that he was accepted in and is constantly growing and learning from all of them. Thank you Max Agency for providing Nolan with this invaluable experience!”

“Bring activity books, iPad, etc or anything that will keep your child busy during downtime while on a shoot because there will be plenty of downtimes.”

Do you dream of acting and modeling? Does your child have a natural talent in front of the camera? Apply now to be discovered! 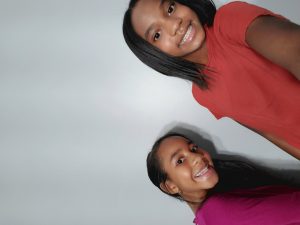 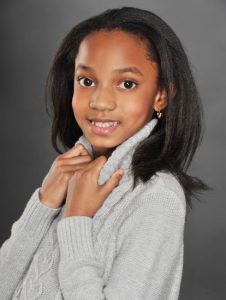 Zaylee is 11 years old with a sweet and shy personality. She started modeling and acting to push her boundaries and show her personality more.

She is a little cooking and baking enthusiast! It would be her dream to feature in a project where she can practice her hobby. She also loves watching movies and training for track & field. A role where she can be adventurous is ideal for her! 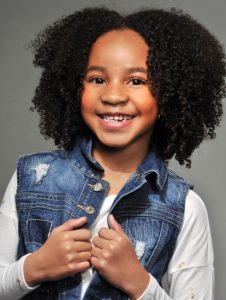 Zyelle is 8 years old with an outgoing and energetic personality! She loves gymnastics and is a young fashionista.

She loves watching movies like Descendants and practices by acting like them. Her dream role is to be a superhero or a role where she can show her sassy side! 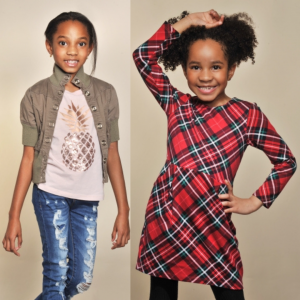 Both girls had fun since joining the kids roster of Max  Agency! Zaylee’s favorite moment was to pick photos after their first photoshoot while Zyelle enjoys the modeling and acting auditions the most.