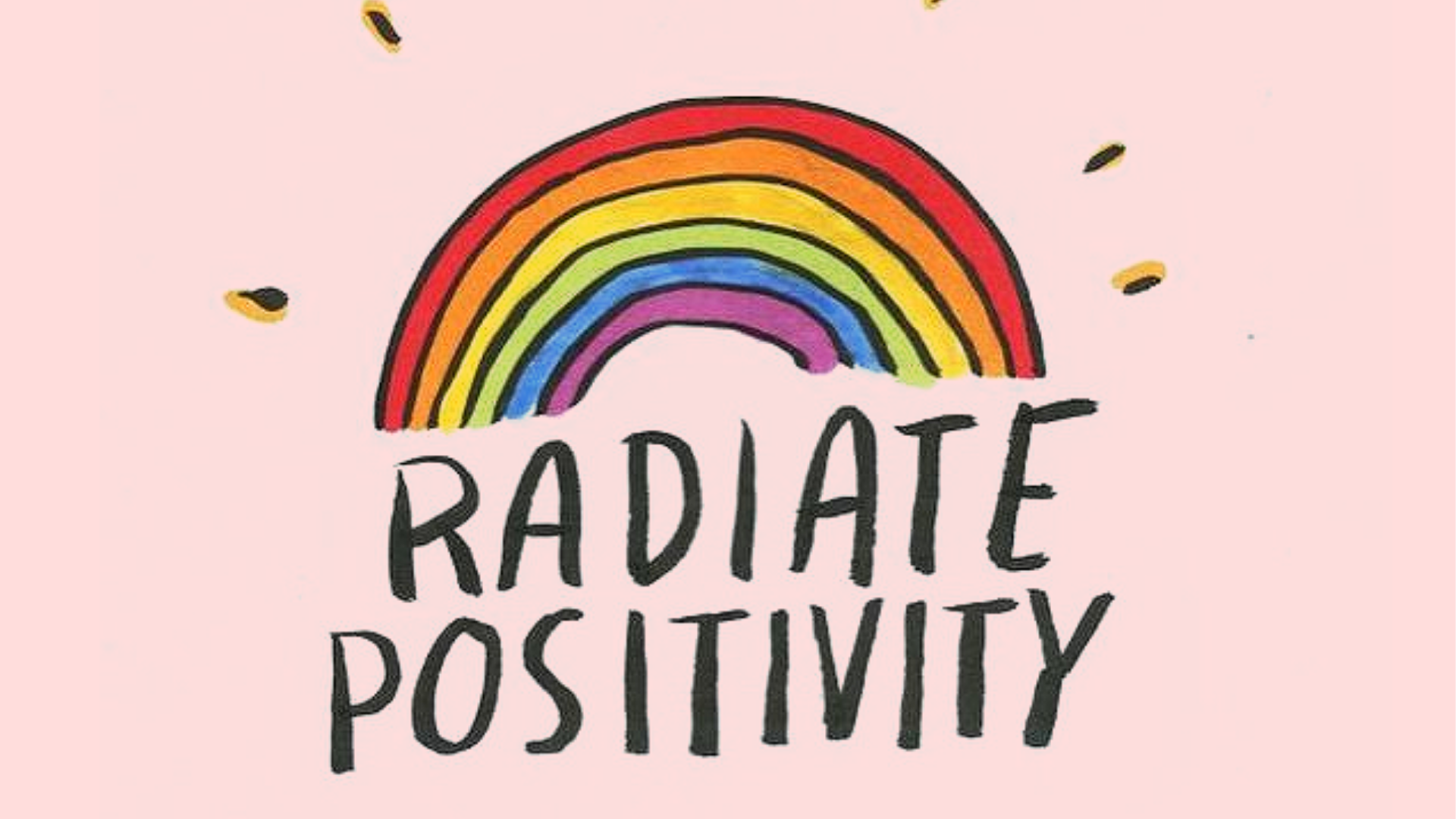 #TipTuesday is a series MAX Agency — one of the top Toronto talent agencies  — does every week where we share helpful tips for the industry. This could be tips on auditions, bookings, beauty, fashion and more!

A positive mind-frame is necessary for any line of work, especially the talent industry! 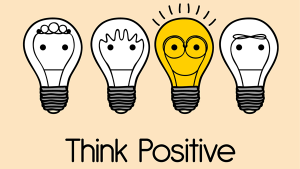 While acting and modelling may be daunting at times with auditions, etc., positivity towards yourself and your talent is important.

Here are some tips to maintain a positive mind-frame!

Use positive language!  Reinforce positivity within by using verbal language to encourage yourself.  Talk to yourself in the mirror, even if you feel silly, with statements like, “Today will be a good day” or “I’m going to be awesome today.” You’ll be amazed how much your day improves.  This can be incredibly beneficial before auditions to set your mind frame right! 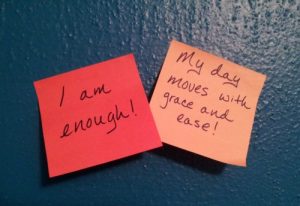 2. Focus on the Present

I’m talking about the present—not today, not this hour, only this exact moment.  While preparation for any audition or casting is important, to alleviate unnecessary stress, focus on the “now”.  By focusing on the present, you hold the power to eliminate negative thoughts brought on from worrying, being stressed, etc.  As #1 states, use self-affirmations to stay in this zone of the present.

Many of the most successful models today have been through exactly what you’re going through. Everybody (models or not) starts somewhere, and for many models, this “somewhere” is the often challenging road to getting scouted, discovered, and hired as a model.

Within any line of work, there will be some stress.  Look on the bright side of any experience.  Use any mistakes as lessons to push forward and improve!  Reminding yourself to not sweat the small stuff is so important to move forth.  While you may not be able to go back in time, you hold the power for your future – you can only go up! 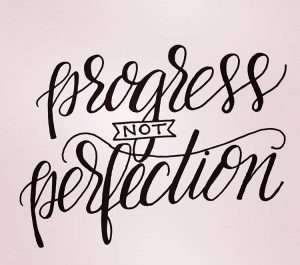 #TipTuesday is a series Max Agency — one of the top Toronto talent agencies  — will be doing every week where we share helpful tips for the industry! This could be tips on auditions, bookings, beauty, fashion and more!

This week’s tip is concerning your health: Omega 3 Fatty Acids can actually improve your mental health. 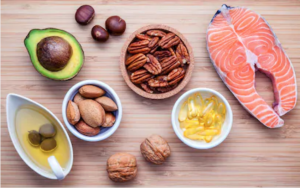 A lot of people tend to get the winter blues during this time of the year, mostly due to the cold weather or feeling alone during the holidays. However, studies have shown that omega 3 fatty acids tend to lower levels of depression! It has been shown that when people who are depressed start taking omega-3 supplements, their symptoms improve!

Omega 3 fatty acids are most commonly found in fish, nuts and plant seeds. So stock up on the chestnuts this winter! They also have a lot of other health benefits such as being an anti-inflammatory, reducing the risk of cancer, improving eye health, lessening the risk of heart disease and much more!

So if you are finding yourself feeling particularly down this season, take a look at your diet and see if you can increase your intake of omega 3 fatty acids!

Max Agency is a successful model and talent agency in Canada representing men, women and children. Max Agency is involved in providing actors, models and entertainers for the film, television, fashion and advertising industries as well as appearance in trade shows, promotions and special events.

As it was World Mental Health Day this week, Max Agency has compiled a list of motivational quotes from celebrities who suffer from mental illness.

“The advice I’d give to somebody that’s silently struggling is, you don’t have to live that way. You don’t have to struggle in silence. You can be un-silent. You can live well with a mental health condition, as long as you open up to somebody about it, because it’s really important you share your experience with people so that you can get the help that you need.” (source)

“I now have no problem with anxiety, it was something I was dealing with in the band… People saw strength in that, and they didn’t seem to expect it from a guy, but they expect it from a female, which to me is crazy. We’re all human. People are often afraid to admit difficulties, but I don’t believe that there should be a struggle with anything that’s the truth.”(source)

“Being vulnerable is actually a strength and not a weakness — that’s why more and more mental health is such an important thing to talk about. It’s the same as being physically sick. And when you keep all those things inside, when you bottle them up, it makes you ill.” (source)

“It’s such a major part of my life and so, so many other women’s lives,” Teigen wrote about the common condition (PPD). “I’m speaking up now because I want people to know it can happen to anybody and I don’t want people who have it to feel embarrassed or to feel alone.”

“Medical attention is medical attention whether it’s for your elbow or for your teeth or for your brain. We live in a world where to admit anything negative about yourself is seen as a weakness, when it’s actually a strength. It’s not a weak move to say, ‘I need help.’ In the long run, it’s way better, because you have to fix it.” (source)

“Women are so resilient and that’s the incredible thing about them … I think I’m a better mom for it because you never take that connection for granted,” the actress said regarding her PPD. “It doesn’t make you a bad person or a bad mother,” she continued. (source)

“OCD is weird. I laugh about it now,” says Cabello. “Everybody has different ways of handling stress. And, for me, if I get really stressed about something, I’ll start to have the same thought over and over again, and no matter how many times I get to the resolution, I feel like something bad is about to happen if I don’t keep thinking about it.. To the point where I’m just like, ‘Aha! OK, this is just my OCD.’ I’ll ask my mom a question for the fourth time and she’ll be like, ‘That’s OCD. You’ve got to let it go.’” (source)

“When I was about 7, I was convinced the house was burning down. I could sense it. Not a hallucination, just a tightening in my chest, feeling I couldn’t breathe, like the world was going to end. There were some flare-ups like that, but my anxiety was constant.” She added: “At a certain point, I couldn’t go to friends’ houses anymore – I could barely get out the door to school. I started acting at this youth theater, doing improv and sketch comedy,” she said. “You have to be present in improv, and that’s the antithesis of anxiety.” (source)

“I had pretty bad health anxiety that came from the OCD and thought I had a tumor in my brain,” Seyfried said, opening up about living with obsessive-compulsive disorder since she was a teenager. “I had an MRI, and the neurologist referred me to a psychiatrist … As I get older, the compulsive thoughts and fears have diminished a lot. Knowing that a lot of my fears are not reality-based really helps. It should be taken as seriously as anything else. You don’t see the mental illness: It’s not a mass; it’s not a cyst. But it’s there.” (source)

“This is a disorder that affects millions of people and I am one of them. If my revelation of having bipolar II has encouraged one person to seek help, then it is worth it. There is no need to suffer silently and there is no shame in seeking help.” (source)

Max Agency is a successful model and talent management agency in Canada, representing men, women and children. Max Agency is involved in providing actors, models and entertainers for the film, television, fashion and advertising industries as well as appearance in trade shows, promotions and special events.

To meet our awesome talent check out our roster at http://www.maxagency.com/