Our strapping young talent, Michah D.L., is auditioning for a part on American Gods! 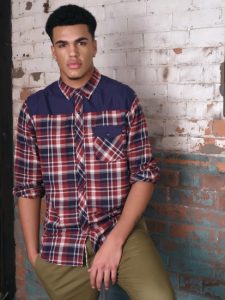 American Gods is based on the award best seller by Neil Gaiman. With a huge fan following, ‘AMERICAN GODS’ is a blend of Americana, fantasy and various strands of ancient and modern mythology.

American Gods is the unusual story of a common man who engages with mythic figures against the backdrop of an eccentrically drawn America. Upon his early release from prison, SHADOW MOON (the central subject of American Gods) learns that his wife has died in a tragic car accident. His life now in shambles, he reluctantly agrees to work for the mysterious MR.WEDNESDAY who warns of a battle brewing that will shake both heaven and earth.

If Michah lands the part, he will be included on a very impressive cast, including Ricky Whittle , Crispin Glover, Pablo Schreiber, Gillian Anderson, Dane Cook , Betty Gilpin, and Kristin Chenoweth, just to name a few.

The first season originally ran on the Starz network (an American entertainment company and channel) and streaming service from April to June 2017. In May 2017, the series was renewed for a second season, which is filming partial in Toronto. You can check out some Toronto locations in the first season here

For those in Canada and the UK, you’ll have to watch the series on Amazon Prime Video streaming service.

We are really rooting for you on this on Michah all of the best and may the Gods be on your side today!