This week’s tip is: “One is never over-dressed or under-dressed with a Little Black Dress.” —Karl Lagerfeld

The “little black dress” is legendary in the fashion industry. Known for it’s classic and simple look, the LBD actually has quite the history.

Coco Chanel was the first designer to bring the little black dress to light in an issue of the American Vogue. This action changed the idea of black solely being worn for mourning purposes and reinvented it as a more chic option for women.

The little black dress grew in popularity with the help of Hollywood and movies. Many actresses were featured wearing the garments as wearing black looked better on screen for black and white films.

The notion of the LBD turned into one that was more risque. Women who wore them were seen as less innocent and wholesome. At the same time, they become more common and affordable due to the different materials they were being made from.

Black dresses got smaller as the younger generations wanted to wear shorter and more revealing clothes. The dresses became more revealing in other ways as well, with additions of slits in the skirts and sheerer fabrics.

The funkiness of the 80’s transferred to the new styles of little black dresses. The designs became a little less simple and began incorporating other dress styles that were popular at that time.

While little black dresses remained a popular choice for evening wear, colour returned as a trend in fashion.  The LBD returned to simpler ways once again, some long and some short.

With body insecurity becoming so common, the little black dress has truly made it’s return as black is found to be the most flattering colour. The trend of simplicity has also made it’s return, making the LBD a go to option for all special events.

Max Agency is a successful model and talent management agency in Canada representing men, women and children. Max Agency is involved in providing actors, models and entertainers for the film, television, fashion and advertising industries as well as appearance in trade shows, promotions and special events.

is our new series where we explore options, processes and insider insights into the modeling world.  Read on for step one:

How to get in to the modeling industry 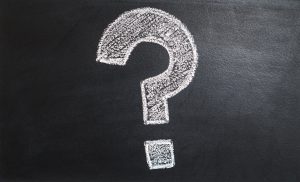 Many people have dreams and aspirations of becoming a model. It is not uncommon to find young children fantasizing about growing up and walking down a runway with a million flashbulbs going off all around them. The allure and glamour of the modelling industry is something that we have been subjected to from the media for as long as media has existed.

If this idea has turned into a passionate pursuit, then how do you go from looking at magazines, to being IN the magazines? In this blog we will discuss the the steps that should be taken in order to secure representation. 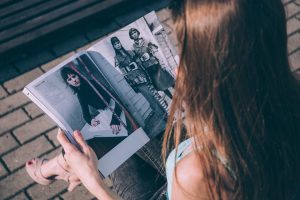 Being a model takes much more than being just a pretty face and a large social media following. You need stamina, patience, and lots of hard work.

Before seeking out an agent to represent you, you need photos to show off.  These will act  almost like a resume, but for your face.

Take very simple photos. When you are just starting out in it rare to already have a portfolio or even head shots yet. But no worries. You can start with simple digital or print photos at home. These can be done by family member, a friend, or even on your own with a timer camera. These photos will give agents a look into who you are and the canvas which can be worked it.

When your taking your picture remember the following:

When taking your pictures, super remember that following: 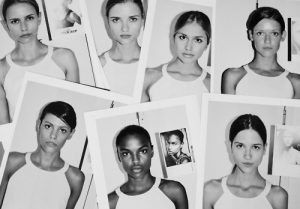 So now that you have your beautiful, clean and clear photos ready, you’ll want to start looking for an agent to get an idea of your potential and markets that you may have potential in. You can schedule a meeting with a MAX agent here.

Next step is an evaluation. Evaluations are a necessary part of the process, this is so time and money on both sides are not wasted. Very rarely are people signed automatically. Professional agents will give you their industry opinion and let you know where you might fit in and in what market you have potential.

“Market” can refer to both location and the sort of modeling work you will do. There are many different kinds of markets. For example: North American, Asian, commercial, and high fashion.

It is important to be persistent with your goals, don’t give up. The entertainment industry is a tough one and there will be many rejections to faced. Don’t be discouraged, keep working, keep practicing, keep getting exposure.

ICYMI: Milan fashion week just wrapped up, and it was… an interesting one. From weird, to classy to comfy. Here’s our breakdown of what went down.

ICYMI: Gucci. This was a wild show, from start to finish. This fashion house has been taking bolder and bolder moves each year, thanks to designer Alessandro Michele. For the Fall/Winter 18′-19′ collection his focus was on the precision of the craft, the embodiment of character and culture, self care and breaking out from the norm. 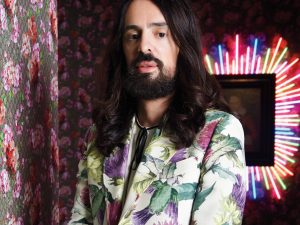 Alessandro MicheleMichele, shockingly,  sent models down two models down the runway with eerily-exact replicas of their own heads, the message represented the struggle to accept ones own identity and “looking after your thoughts.” Although it’s kind of creepy, we applaud the message and the time and craft that went in to such intricate and minutely designed pieces.

May culturally inspired designs were seen. The concept: ‘pluriverse”, uniting people in the face of our differences and rejecting the idea of ridged boundaries.

All of this was set in a mock surgery room, complete with surgical tables and lamps. This was Michele’s ode to the precision and approach to his craft. And it’s obvious, once you look past the deeply meaningful, but bazaar,  accessories, you can see that the tweed jackets are highly tailored, the structure of the pants and tunics impeccable and the choice of fabric and colours undeniably luxe.

D&G affectionately called this their Fashion Devotion collection and included everything from exquisitely crafted Vatican City vestment brocades, cut velvet in royal colours, and sumptuous embroidery all the way down to cheap, profane slogans on sweatshirts and T-shirts appropriated from the aesthetics of the souvenir stall. Here’s some of this years Autumn Ready-to-Wear collection:

ICYMI: Spotted on the Streets: PINK! On the street out side of the fashion shows it was obvious that everyone was tickled pink. Featured prominently on Italian fashionista’s, rosy hues were on display weather it was full on outfits or subtly accents.