International Women’s Day is upon us once! A day that belongs to all groups everywhere, it belongs to communities, governments, companies, charities, educational institutions, networks, associations, the media and so many more that if we included them, this post would never end!! International Women’s Day is not country, group or organisation specifically. So together, let’s all be tenacious in accelerating gender parity. Collectively, let’s all Press for Progress.

1909 – The very first IWD was observed in the US on February 28th. This day was designated by The Socialist Party of America to commemorate of the 1908 garment workers strike, where thousand of women protested about working conditions the factories of New York.

1910 – A meeting in Copenhagen between The Socialist International declared a Women’s Day to honour the movement for women’s rights and to build support for achieving universal suffrage (the right to vote) for all women. Over 100 women form 17 countries  have unanimous . In attendance would be the very first three women elected to the Finnish Parliament in later years. A Fixed date had not been chosen.

1911 – On March 19th millions of men and women in Austria, Denmark, Germany and Switzerland attended rallies to mark the first International Women’s Day. This came as a direct result of the 1910 meeting in Copenhagen and expanded beyond suffrage, they also demanded women’s rights to work, to receive vocational training and to end discrimination on the job.

1913 – IWD also became part of the peace movement during World War 1, Russia observed their first Women’s Day on the last Sunday in February. Elsewhere in Europe it was observed on or about March 8 the following year. Each rally protested the war as well as expressed solidarity with other activists.

1917 – Russian women, again on the Last Sunday in February (on the Julian Calendar used by the orthodox which is March 8 on the Gregorian calendar- the most commonly used calendar worldwide) protested and went on strike for “Bread and Peace”. “we did not imagine that this ‘Women’s Day’ would inaugurate a revolution.” Said Leon Trotsky about the widespread protests. Four days later the provincial Government granted women the right to vote!

1975 – Beginning on March 8th the United Nations started celebrating International Women’s Year. This spurred creation of the Ontario Women and the Law Association and the Service, Office and Retail Workers Union of Canada (SORWUC) and offered funding for many to participate in educational and artistic endeavors aimed at presenting women’s perspectives.

1995: The Beijing Declaration and Platform for Action, a historic road-map signed by 189 governments, focused on 12 critical areas of concern, and envisioned a world where each woman and girl can exercise her choices, such as participating in politics, getting an education, having an income, and living in societies free from violence and discrimination.

2014 – The 58th session of the Commission on the Status of Women (CSW58) – the annual gathering of States to address critical issues related to gender equality and women’s rights — focused on “Challenges and achievements in the implementation of the Millennium Development Goals for women and girls”. UN entities and accredited NGOs from around the world took stock of progress and remaining challenges towards meeting the eight Millennium Development Goals (MDGs). The MDGs have played an important role in galvanizing attention on and resources for gender equality and women’s empowerment

What you can do to support and participate in IDW:

“With the World Economic Forum’s 2017 Global Gender Gap Report findings telling us that gender parity is over 200 years away – there has never been a more important time to keep motivated and #PressforProgress. And with global activism for women’s equality fuelled by movements like #MeToo, #TimesUp and more – there is a strong global momentum striving for gender parity.” excerpt from https://www.internationalwomensday.com,Find so much more information right from the source! 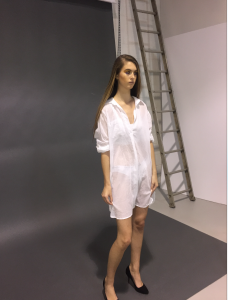 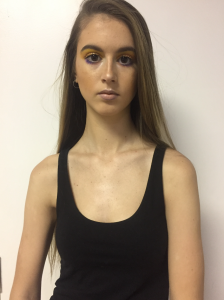 On June 13th 2017 MAX agency’s international girls took a step into their future and went to their creative photoshoot.

Maddie Zarb and Hannah Bradshaw had the photoshoot in Toronto. They arrived early to get their hair and makeup done! Each girl was excited and nervous as they did not know what to expect.

Hannah went first, she had several outfit changes and poses. She was like a pro. As soon as the camera was on her she took control and became a true star.

“The photoshoot was fantastic today. Everyone was so nice and it was a welcoming environment. I felt so comfortable and I’m so glad i got to experience this! Thanks so much Max Agency!”  Said Bradshaw.

Maddie waited while Hannah was in her photoshoot, this was her first time ever being in a professional studio.

When Maddie was in her shoot  she was nervous at first but she became more confident as the shoot went one! It was like she made for this.

Zarb said “I had a lot of fun at the photoshoot and I got to take a variety of photos. It was was a really cool experience and i look forward to do similar shots in the future!”

These girls will be soon traveling for runway shows and to do international photoshoot!

To follow them on their journey, make sure to follow our accounts for the inside scoop. Can’t wait for more to come! Hope everyone is excited to see the photos!

MAX Agency would like to congratulate Robert K.  and his booking for Project Healthy Planet. Robert is a former competitive swimmer who still tries to stay active. This is his first booking with MAX Agency, but he auditions quite regularly. We we wish you all the best this weekend Robert.