As we get older, it is only natural for us to experience a loss of mobility. Conditions such as arthritis, or any type of disability can be a real burden on the older generation or the physically challenged. MAX Agency is convinced that MAX Agency Talent Ian C., Savva P., and Sal C. will sweep the casting directors away with their larger than life persona at the Acorn Stair Lift commercial audition!

Acorn Stairlifts is an international, family owned company, employing over 900 employees worldwide. Acorn Stairlifts was formed  in 1992, and the business started by buying, reconditioning and reselling stair lifts. The obvious choice was to begin design and manufacture of Acorn’s own stair lift. The Acorn Superglide stair lift was born, and to this day remains at the forefront of stair lifts technology.

Best of luck to MAX Agency Actors at the audition!

Think you have what it takes to be in commercials? Contact us at 416-482-5392 or apply online at www.maxagency.com 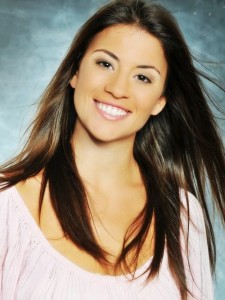 Sometimes it may seem like your skin is impossible to manage, especially when you wake up and find a huge pimple on your nose. The good news is that there are ways to prevent and treat common skin problems. MAX Agency Talent Kaitlyn Hillier gets to show off her beautiful, glowing skin at her Biore skincare commercial audition!

The Biore brand is a renowned pore expert and has the know-how to bring you the solutions to taking care of your pores so you can get the beautiful skin that you desire.  Biore is owned by Kao Brands Company which was founded in 1882 as the Jergen’s Soap Company. It has grown to become an innovator of premium beauty products that enhance the appearance of women worldwide.

Best of luck to MAX Agency Model Kaitlyn at the audition!

Do you have questions about getting involved in modeling/acting? Visit MAX Agency’s FAQ Page. 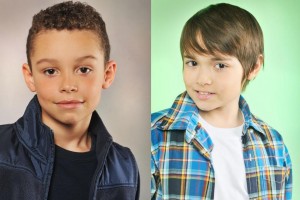 Children love playing games. Which is why MAX Agency young actors Cole D. and Tommy G. must be extremely excited to be auditioning for Angry Birds splat strike commercial.

Gaming both video, computer and mobile has become more than a fad, it is a part of life. Even first generation video game players have now became adult and carry their passion to adulthood. Gaming has positive as well as negative effects. Anything in moderation is not a problem. Parents and children need to be able to decide how much gaming is permissible and what kind of gaming. Parents must teach their children what is good and what is bad. Gaming is like any other activity in life, too much hamburger or candy can be harmful too.

Angry Birds is a puzzle video developed by Rovio Mobile. Inspired primarily by a sketch of stylized wingless birds, the game was first released fr Apple’s iOS in December 2009. It is the best-selling iPhone game. In the game, players use a slingback to launch birds at pigs stationed on or within various structures with the intent of destroying all the pigs on the play field. As players advance through the game, new birds appear, some with special abilities that can be activated by the player. Angry Birds has been praised for it’s successful combination of addictive game play, comic style, and low price.

MAX Agency wishes you boys the best of luck at the audition!